Cold sores, sometimes referred to as fever blisters, are small red blisters that are found on the face. These fluid filled blisters often appear in multiples and patched over one area of the face, usually on or around the lips. Generally, cold sores pop open after a few days resulting to the leakage of clear fluid and a scab that is present only for a few days. The normal period for healing is usually a few days to two weeks. Although infrequent, the most common complication that can arise from cold sores is dehydration.

Cold sores are caused by the herpes simplex virus (HSV). It is different from other common viral infections because symptoms do not usually manifest immediately after the infection. It is usually triggered by something else, which will be discussed later. HSV has two strains, Type 1 and Type 2. Type 1 is what causes the cold sores and is transmitted through oral secretions or presence of sores on the skin. Alternatively, Type 2 is what leads to genital herpes. Unfortunately, this infection remains for one’s lifetime.

As previously mentioned, symptoms of HSV, such as cold sores remain dormant unless triggered by conditions such as: 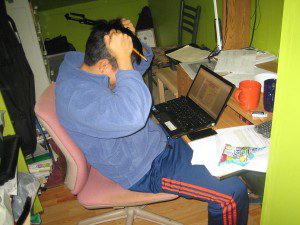 HSV is not curable. Although the virus is there to stay in the body, several first aid tips can be done at home to ease the pain and relieve of discomfort. Enroll in First Aid Courses to learn first aid tips on how to handle basic everyday troubles, such as sores. The following can be done on cold sores:

Cold sores are small, fluid-filled blisters that are caused by Herpes Simplex Virus Type 1 and are usually found on the lips.